A downloadable game for Windows, macOS, and Linux

Remote Weapon GunFencer is a fast-paced horizontal shoot'em up currently in development. In this game, you take control of a humanoid mecha armed with a machine gun, a force field, and a powerful sword.

Wave after wave of colorful drones stand in the way between you and victory. Destroying them as fast as you can with your powerful weapons is the key to get the best scores!

The GunFencer is a mecha with three weapons :

Each stage pits you against waves of enemies. A points bonus is granted after each wave depending on your destruction speed, and the next wave is spawned as soon as the previous one is cleared. As a result, destroying the waves in a quick fashion is the secret to improve your scores. The bosses at the end of each stage also reward you for swiftly defeating them.

The year is 2019. Due to technological progress in the field of robotics, intelligent drones have been deployed in many public locations to ensure the citizens' safety. These are named "AFS", short for "Autonomous Flying System" and are produced by Mecha Corp Ltd., one of the biggest and most powerful companies in the field of engineering.

The population's reception to those new forms of surveillance has been surprisingly warm, though this blind trust is soon to be broken.

On the 17th of August 2019, a group of activists who call themselves "WaveRiders" and who fight against the introduction of drones in public spaces becomes the center of attention as the WaveRiders decide to hijack drones to show how much of a threat those machines can really be. As a result, the hijacked AFS are going haywire.

Our main heroine is Emily Reed, a student who attends engineering classes at university and who built her own little remote-controlled mecha in her spare time. Emily lives very near the hijacking spot and with the police finding it difficult to deal with the gravity of the situation, she is the best chance to put an end to this crisis! 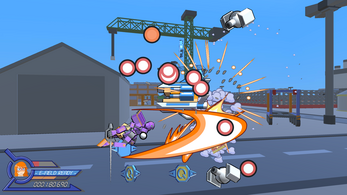 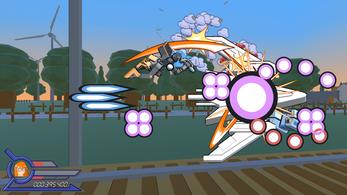 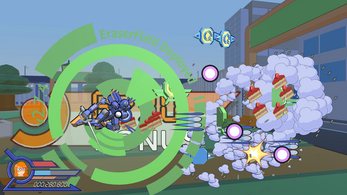 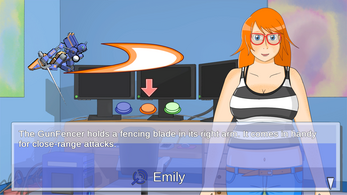 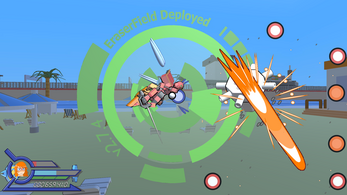 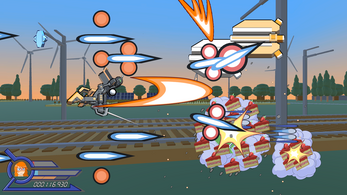 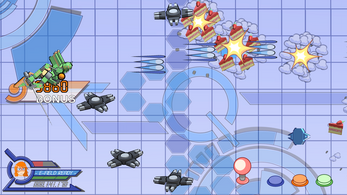